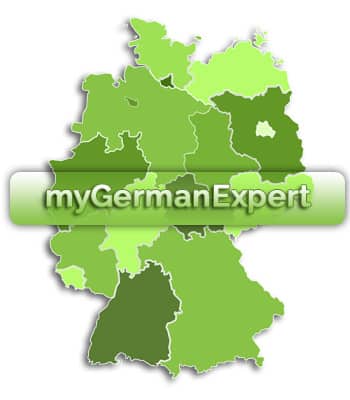 Today (Monday) is the halfway mark for the lockdown.

The Greens gearing up for next year’s election

“We have to fight Islamist terror and the murderous ideology behind it together with determination. There must be zero tolerance for Islamist perpetrators.” This declaration wasn’t made by a conservative politician but by Robert Habeck, leader of the Green party, in an interview this weekend in which he presented an action plan to tackle Islamist violence. The Greens have previously ducked the issue but are changing their tune ahead of next year’s election, after which they are likely to enter government with the CDU.

The Greens have high hopes for the next federal election, positioning themselves as the coalition partner of choice for the CDU. Hence it came as a big setback when their mayoral candidate, Veronika Kienzle, lost to the CDU’s man in Stuttgart’s mayoral election this Sunday. The wealthy southern city is the party’s main stronghold and they have governed three since 2013.

Corona lockdown and the pending vaccine

“VACCINE COMING SOON. REPORT 90% EFFECTIVE. SUCH GREAT NEWS!”, even Donald Trump’s mood was given a boost by the announcement from Mainz-based biotech company BionTech that the coronavirus vaccine they developed with Pfizer has 90 percent efficiency in phase-3 testing. Health Minister Jens Spahn said it’s too early to talk about regulatory approval but that “it looks very promising”. And if this isn’t an omen then we don’t know what is: BionTech is headquartered at “An der Goldgrube 12”… shareholders will be nodding in approval – the stock is up 90 percent on the news.

If the French way of dealing with Islamist intimidation is to double down on their commitment to freedom of expression, the German way is to avoid talking about the subject or play down its threat. Angela Merkel has stayed silent as Erdogan has used the beheading of a French school teacher to accuse Emmanuel Macron of needing psychological help. German quietism might be a safe short-term strategy, but with history teachers in Berlin telling the Tagesspeigel that there are subjects school directors want them to avoid in order to keep the peace with Muslim pupils, one wonders what long-term risk it entails.

A demonstration against the government’s Corona restrictions in Leipzig this Saturday turned into a shit-show. What started as a march of 10,000 or 20,000 people (depending on who you ask), escalated into a violent rampage as police tried to disperse the protesters. The blame game has started, with the FDP and Greens lambasting local law enforcement for their “disastrous” operation. The police in turn said that a local court was to blame for giving the green light to the inner-city demonstration at such short notice . The CDU pointed the Zeigefinger at demonstrators for attacking police and journalists. And the demonstrators of course blame the government…

This Wednesday, 11/11 should have marked the start of the carnival season, which peaks in February with parades, festivities, and not a little drunkenness. But “this time there will be no swaying, this time there will be no dancing, please everyone stay at home,” said a gloomy Henriette Reker, mayor of Cologne, Germany’s carnival capital. Karneval is particularly popular in North-Rhine Westphalia, where last season’s revelry was to blame for a mass corona outbreak. A carnival party in Heinsberg became a ‘super spreader’ event; the town was nicknamed ‘the German Wuhan’.

Police in Cologne found something rather awful at an inner-city hotel earlier this week. Tourists!! In a raid against the establishment 43 tourists (and one prostitute) were picked up doing what is prohibited under current corona restrictions – travelling for fun. They will be fined.

Angela Merkel was in a conciliatory mood as she congratulated Joe Biden on his victory in the US election on Monday morning. The Chancellor, whose relationship with the sitting president was a little tense due to (among other things) German defence spending, said Berlin “must take on more responsibility” in security matters. Biden has made it a priority to rebuild damaged transatlantic relations, but frustration in Washington at the derelict state of the German military goes far beyond the Donald’s Twitter rants.

In the wake of the 2011 Fukushima disaster, Angela Merkel pulled the plug on nuclear energy – the country’s last nuclear reactors will shut down next year. “Expropriation!” cried the power companies and started a legal battle over an alleged €19 Billion in losses. On Thursday, Germany’s highest constitutional court ruled in favour of energy producers Eon, RWE and Vattenfall, who will be compensated for lost revenues. An open question is who will pick up the bill for the disposal of nuclear waste – a huge liability as the costs are incalculable.

Think buying an e-bike promises an end to all life’s problems? Think again. A couple from North Rhine-Westphalia were lucky to escape unharmed when a battery for their electric bicycle exploded in their apartment. The husband noticed the battery smouldering and chucked it into the bath before grabbing his wife and fleeing. Seconds later an explosion blew the bathroom door – frame and all – out of the wall. A similar incident at a bike shop in Hannover in 2017 caused half a million euros in damages.

The Lebanese clans who dominate organized crime in the German capital are facing competition. According to Berlin’s state police, Chechen gangsters are a new presence in town. Last Sunday 30 of them demolished a “Späti” in Neukölln, leaving behind three badly beaten members of the Remmo clan. Revenge attacks in Berlin-Wedding quickly followed. One man was stabbed in the back. Many of the Chechens are experienced guerrilla fighters and extremely violent, according to the police. Whether they are as keen on fast cars and Instagram as the Arab clans is yet to be seen…